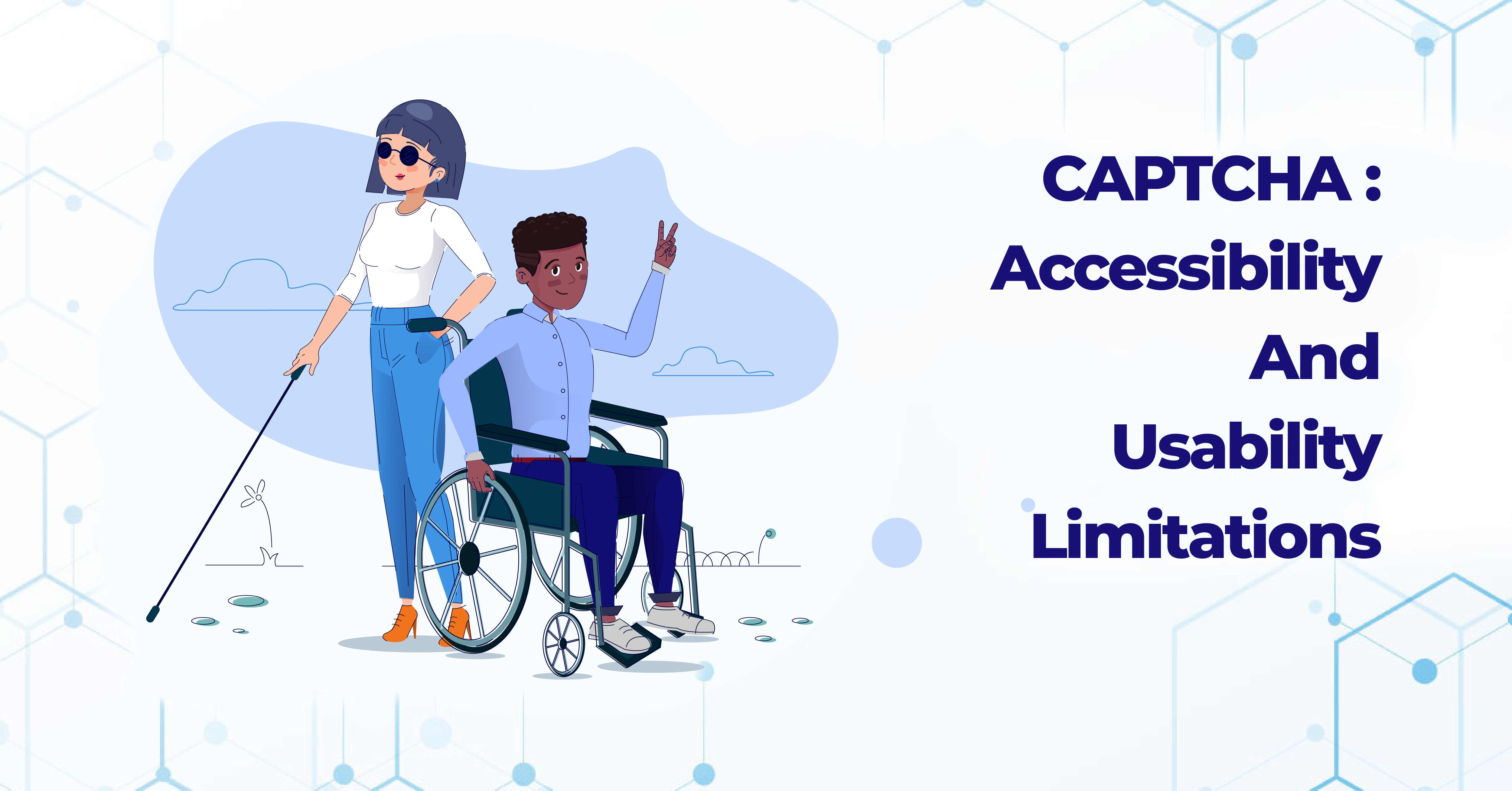 Since the late 2000’s there has been wide adoption of captcha applications across various websites, while the use of challenges remains a concern in regard to accessibility.
CAPTCHA stands for ‘Completely Automated Public Turing test to tell Computers and Humans Apart’. The purpose is to provide a challenge that can be solved by humans restricting access by computer bots.

There are several types of CAPTCHAs, but image CAPTCHAs seem to be the most common.

An alternate option is that the user is presented with a voice recording and asked to type the words heard.

A CAPTCHA might take the form of an image displaying a simple picture or some characters that are difficult to crack. It might also be a simple question based on logic or mathematics, for instance ‘Is sugar sour or sweet?’ or ‘What is 4 + 7?’.

With computer bots getting more sophisticated, CAPTCHAs are getting increasingly complicated to decipher; even regular users fail to pass often.

Captcha comes with a problem for Accessibility. Visual Captcha cannot have alt-text; because then it would fail the purpose of having a captcha. An alt-text is easily readable by screen readers but also by bots and applications that should be restricted using a website.

All in all, a captcha cannot contain alt-text and therefore screen readers cannot read the captcha.

Correspondingly, an audio Captcha cannot have an associated file describing its challenge; doing so would allow bots to decipher the challenge very easily and defeat the purpose of using Captcha. Due to this, it is hard to decipher even simple CAPTCHAs from an accessibility perspective.

It is found that all CAPTCHAs have usability concerns, and many have significant accessibility obstacles.

Government organizations are encouraged to avoid them and instead implement alternative approaches to prevent or reduce access by bots.

Concerning this, the Google reCAPTCHA version 3 is likely to replace existing CAPTCHAs but it needs to be understood that this will involve sending some user pattern data to the servers as it will carry its algorithmic operations in the background for the verification; due to this the user is said to be free from doing any input operations.

Yet, there lies the uncertainty concerning accessibility which can be observed once it gets adopted over time.

What Makes Us Pivotal

What Makes us Pivotal